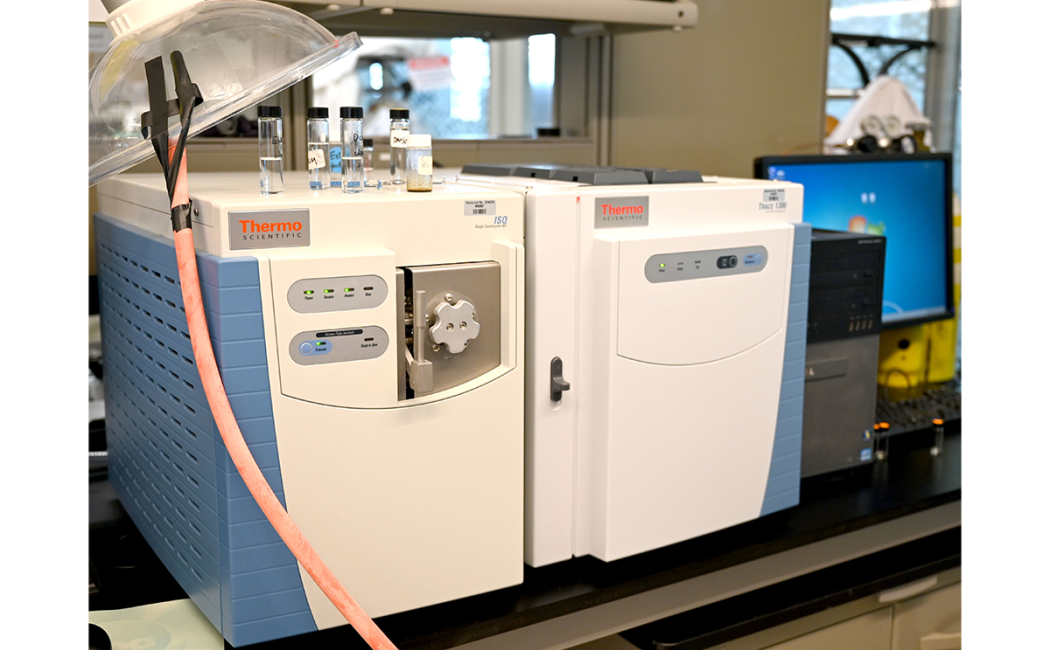 Living Polymerization which does not involve spontaneous termination might lead in the presence of impurities to an unusual and detrimental distribution of molecular weights of such polymer. GC-MS system can separate the different compounds of a mixture by gas chromatography (GC) before identifying the various components by mass spectromter (MS). The GC-MS will be used in a daily basis to identify and to measure the fraction of impurities contain in monomers, initiators, linking agents and solvents during purification.