Prof. Nikos Hadjichristidis named a Fellow of the Royal Society of Chemistry

Prof. Nikos Hadjichristidis named a Fellow of the Royal Society of Chemistry

Prof. Nikos Hadjichristidis, Distinguished Professor of Chemical Science at KAUST, has been named a Fellow of the Royal Society of Chemistry (RSC) – a recognition that is testament to the immense contributions he has made to the field of polymer chemistry for a prolonged period. The RSC is the United Kingdom's professional body for chemists, and the largest organization in Europe for advancing the chemical sciences. I moved this up to immediately give context about the organization instead of waiting until later. 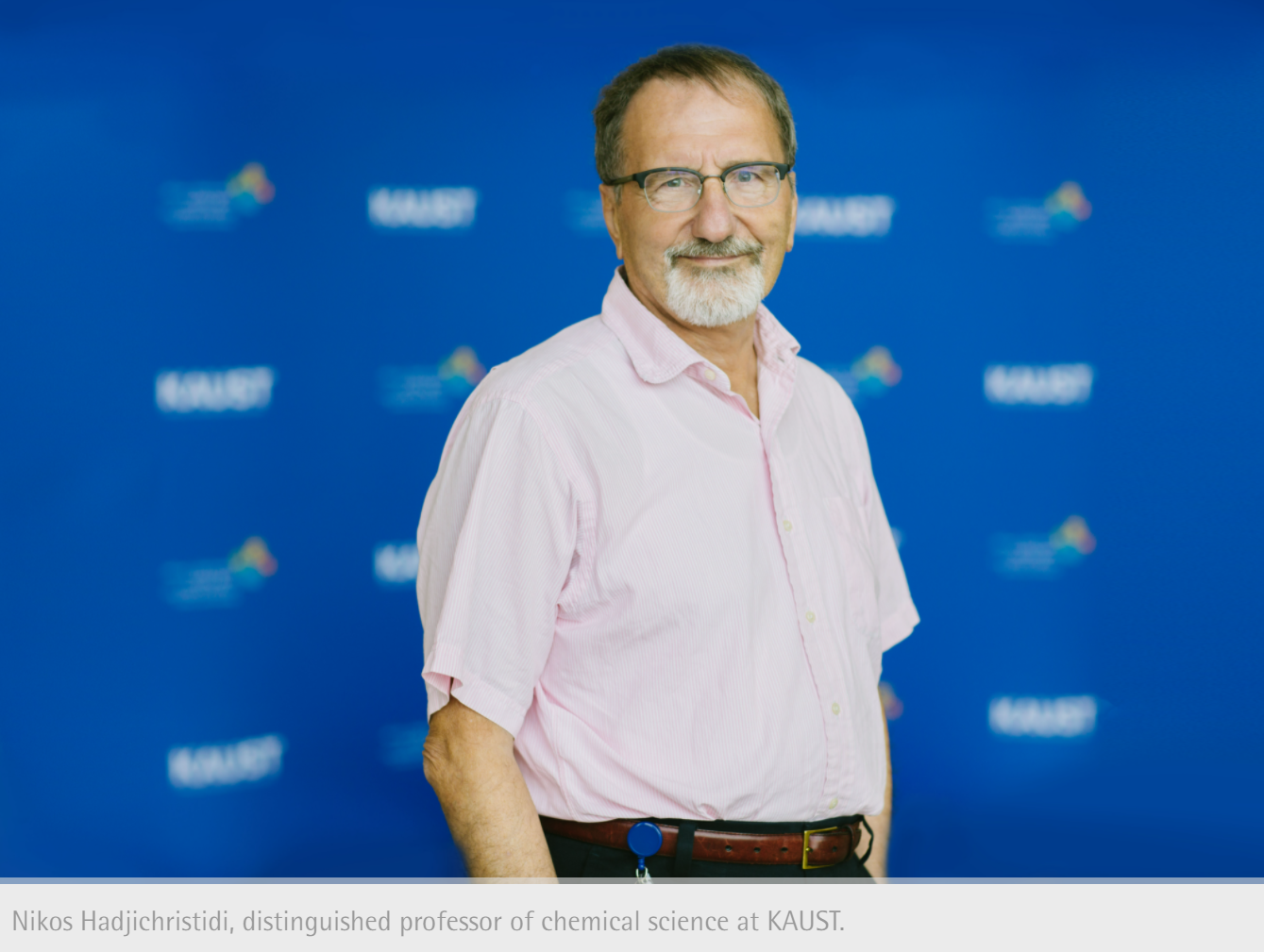 "I have been working in polymers for more than 50 years," Hadjichristidis said. "My love for chemistry stems from my youth. When I was a student at the University of Athens, Greece, I had a lab in my house. My parents and siblings took issue with it because I was prone to having the occasional accident, but I was so fascinated by organic chemistry."

This ingrained passion has stuck with Hadjichristidis ever since, propelling a remarkable career.

Hadjichristidis arrived at King Abdullah University of Science and Technology in 2011 with the goal of building a globally renowned polymer synthesis laboratory, a mission previously achieved during his time at the University of Athens.

"My passion for polymers is simple – they're everywhere, and a fundamental part of nature," the professor said. "From natural DNA and proteins in our bodies to plant cellulose to clothes, tables, computer screens … everything around us contains either natural or synthetic polymers. The possibilities are immense."

However, it is notonly his research that Hajichristidis is passionate about.

"Every year I have about 10 Ph.D. and MSc students, and seven or eight postdoctoral fellows, all of whom are Saudi nationals," Hadjichristidis said. "This is core to my philosophy, to not only help the university but to also help Saudi Arabia. Together, we pursue projects in macromolecular engineering that help meet pressing global needs. There is currently a massive need to create sustainable materials, for example, so my group and I are focused on contributing to this area."

Adding to a host of esteemed awards

Contributions both within and outside of KAUST have resulted in Hadjichristidis receiving a host of esteemed awards. In the past decade, these recognitions have included:

"It is an honor to be recognized for my work by way of the FRSC," Hadjichristidis affirmed." Of course, it doesn't belong to me, but all my students and colleagues that have been working with me. It's testament to their courage in continuing to try to solve difficult problems in this field. At KAUST, we have all the necessary backing, support and infrastructure to conduct excellent work. We are not restricted or limited and have the freedom to pursue our ideas, which is critically important."

Professor Hadjichristidis concluded that "nothing would be possible without the support and help of my wife Dina, Ph.D. in organic chemistry, who passed away in October 2013."